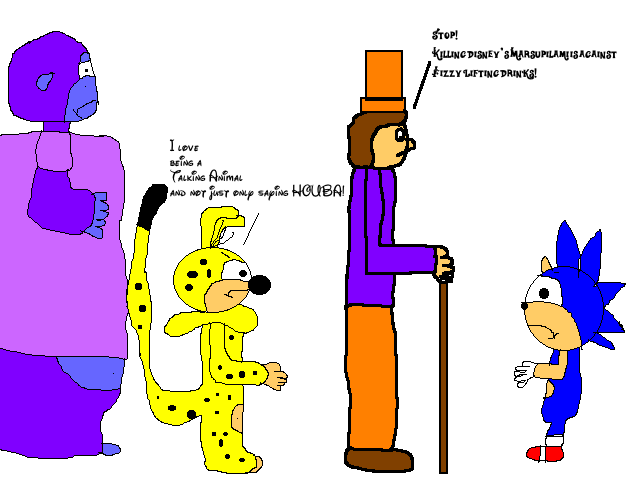 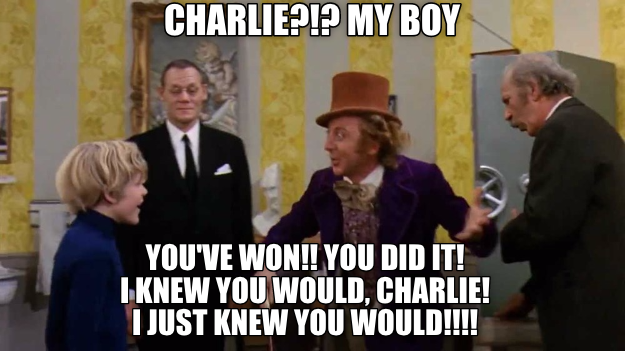 This is the meme I created. It's when Charlie found out that the "YOU GET NOTHING"! rant was a test and Charlie has passed it. And Wonka introduced Charlie to his friend, Mr. Wilkinson. And Wonka told Charlie that he is not really Slugworth, He works for Wonka. And found out as the went to the Wonkavator that the grandprize was not the year supply of chocolate, It was, becoming the new owner of the factory. Thank god Marathon is no more. It looks like the Disney version won.

Dateline, Boston. Radio Disney, Kids' favorite North American radio station has ended their broadcast in Boston on August 12th, 2015. The report was that the FCC approved the station to Salem Media Group. WMKI-AM 1260 has been recently sold to Salem Media Group and the station's call letters will be changed to WBIX. It effected at the stroke of Midnight between late Tuesday, Early Wednesday when it was reported to end. Radio Disney began broadcasting on November 24th, 1997. Salem Media Group will change from WMKI to WBIX when the station goes back on the air and run religious programming. It was informed that on August 17th, 2014, It was announced that Radio Disney will discontinued their AM/FM broadcast and move on to Digital distribution. The deadline was going to be September 26th, 2014 but instead keep the stations on the air until it was sold. Thanks for the wonderful times for 18 years. And may R.I.P. WKMI (November 24th, 1997 - August 12th, 2015).

As of September 26th, 2014. Radio Disney will discontinue the analog radio broadcast. And move on to Digital Audio Broadcasting. This is effecting all 50 states except Los Angeles California, USA. And I also heard that by the end of 2015, Analog Radio Broadcast will soon be discontinued. I have been hearing this commercial that went: "By the end of 2015, Radio will go digital only. Without any upgrade, Your analog radio will stop working." That means AM/FM will soon be discontinued. Here is the details: http://www.thedeal.com/content/tmt/radio-disney-to-go-digital.php

I just want to let you know that The Disney Store has a deal with JCPenney. So it's no wonder the locations like Nashua NH, North Attelboro MA, and Marlborough were closing. They are actually moving to JCPenney.

As what I heard on January 21st, The Disney Store in Emerald Square in North Attleborough MA, The Mall at Solomon Pond in Marlborough MA, The Mall at Pheasant Lane in Nashua NH, Tanger Outlet in Atlantic City NJ, Lakeside Mall in Sterling Heights MI, and few others are closing down. This very tragic, As you all know. I think the one at Lakeside Mall closed down due to the bankruptcy in the state of Michigan. You see Detroit is in dept crises.

UPDATE: I found out why The Disney Store closed it's Sterling Heights location, It is because they are moving to Somerset Collection in Troy MI.

As you are aware Queen Elizabeth II may or maynot be dying. And this means she won't be able to see her new great grand child. She is suffering from Pneumonia and may die soon, Let's hope she feels good.

On September 1st, 1988, The Disney Channel Canada launched (Which was 5 years after the USA Disney Channel launched on April 18th, 1983). I remember it had Dumbo's Circus, Pooh Corner, DTV, The All-New Mickey Mouse Club, and many others...... In the old days, The network was uncut and commercial free. It happened until 1997 (The Same year when the American Disney Channel did the same thing). 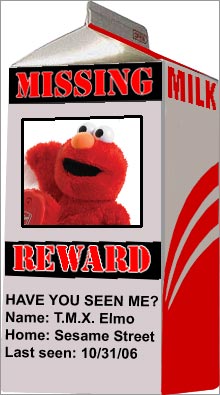 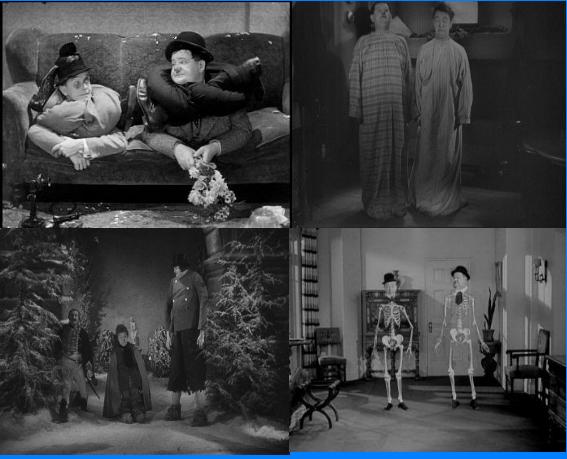 Bad news, The "Toronto Hog Wild" Tent did not win the bid for the 2014 Sons Convention. Oh Well, Maybe 2016 will be their luck.
Collapse